Recently I have bought X-Plane 11 and decided to come back to my VA flights through VAFS 5. I have Win10 on my notebook for several years. Actually I don't remember if VAFS 5 worked for me with Win10, but I hoped it worked. But for some reason, it couldn't notice when I launched my XP11 on Win10 now. Yes, of course I put all marks on compability page for Win7 and launch with administrator rights. So, a friend of mine told me to update my VAFS 5 client. I went into VAFS folder and launched an update file there (also with admin rights).

It was starting to download, then tried to install the update, then returned me this:

UPD: I even have downloaded new client from VAFS web-site. It has launched, but still can't see my XP11.

Forgive me if you have done already, but under VAFS Options inside of VAFS5 select X Plane.
Have a great day. 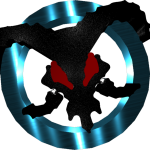 Your error message is providing an "Access Denied" message. The updater is trying to access a part of the system that you don't (or it doesn't) have access to. Nonetheless, if you install from the downloadable installer, then you have the latest version of VAFS.

I suspect that you are missing the FSUIPC equivalent for X-Plane, called XPUIPC. Please download the latest version, and try again.
Regards,

Thanks for anwers, guys. Of course, I have XUIPC and choose "X-Plane" in options.

Try selecting "WideFS", instead of "X-Plane" in the VAFS options.
Regards,

Do a clean install: Let me know how that goes ...
Regards,

One more thing. I just had to do this today, too.

I have a post over at Eagle Dynamics (for DCS World), that you should follow. By default, Windows 10 doesn't have the older Visual C++ Redist's installed. The client was built on these, and requires them. So when you complete the above steps, follow the instructions in the following post, exactly. Random DCS A10C Crash.

That should smooth out a lot of issues with most of your older programs, as well.
Regards,


DO NOT PRIVATE MESSAGE ME FOR SUPPORT, UNLESS ASKED TO DO SO!
PLEASE ASK IN THE FORUM!
Top
Post Reply
8 posts • Page 1 of 1